Paul is an award winning musician as a lead guitarist and vocalist.  He has been performing in the New Hampshire music scene for decades in such bands as Ashwood Creek, Road Runner D-luxe, Tracy-Lynn and American Pride (national band of the year for the North American Country Music Association International (NACMAI) at Pigeon Forge, Tennessee), Shana Stack & Fast Lane and Fair Game.
Paul is a multi-instrumental musician performing over a period of years as a soloist and more recently in the duo White Eagle.  He has written & produced material for five separate original CD's that cover a wide genre of music in which he performed all instruments and vocals.
Having many influences in music, specifically the Beatles, his vocal ability has often been compared to John Denver, another major influence.

Frank Arcidi - Bass
Bringing the house down as a professional performer since 1965 has forged a bassist with confidence and passion for his music.  Frank started as a drummer watching his older brother’s bands play classic 50’s & 60’s rock and eventually played with them at a young age.  When his brother stopped playing, he moved over to the bass and has been there ever since.  Frank has had the opportunity to perform in a vast diversity of venues from weddings, dances, and parties to clubs and even stadiums.  Playing through top of the line Fender, G-K, and Ampeg equipment, Frank’s style is solid yet simple and uncluttered.  His philosophy on playing the bass is, “If you don’t know I’m there, I’m doing my job”.  Forging an iron clad low to the rhythm section, his style reflects the influence of a variety of artists whose music he has performed.

A Manchester native, he took guitar lessons from Gerry Kearney of WGIR fame. Gerry wrote jingles and played jazz guitar in the Big Band Era. Denis’ first venture into Rock and Roll was with The Javis Miles Band in the late 60′s and early 70′s, filling local dance halls and playing much louder than was necessary. Later came The Valiant Trio where he met up with Don Drouin in the late 70′s and 80′s.  Simultaneously he started The Convertibles, an all original rock power trio. The Convertibles played dates in clubs and college venues all over the area throughout the 90′s, started a record label “Landfill Records” and released a 45 record (a “big deal” at the time) managing to get air play on WBCN with a subtle bribe to a big name DJ in Boston. As time progressed Denis developed New England’s famed Shooting Star Recording Studio in Manchester, and as a producer, engineer, and session musician, he played guitar, bass guitar, keyboards and provided vocals and harmonies on many recordings, including “The Lady in the Doorway” album by Beverly Rush, and worked with numerous NH musicians and bands. The Studio today is known by the name Madman Digital Recording Studio and serves as the home base for his newest Rock and Roll venture with Butch, Frank, and Paul, BLACKLITE! 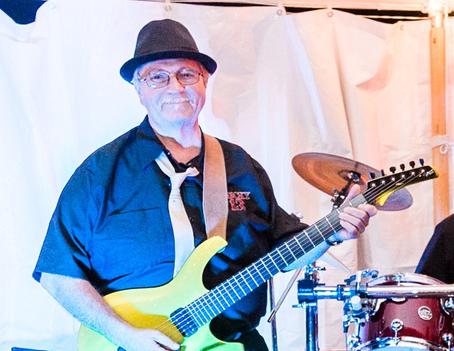 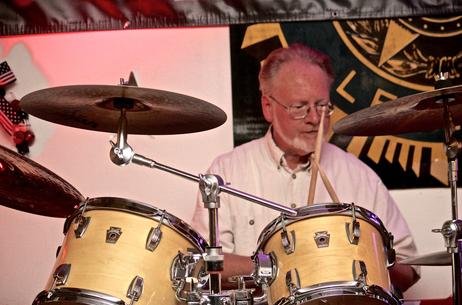 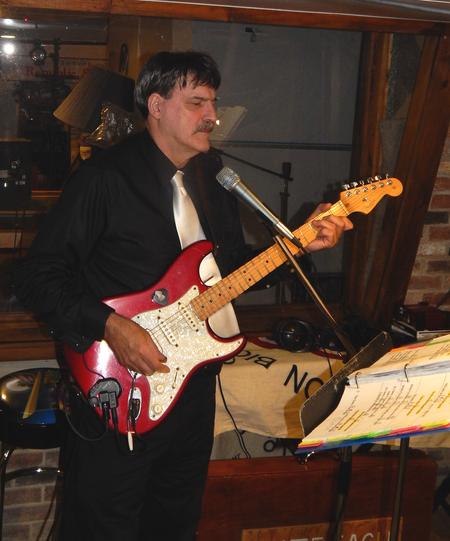 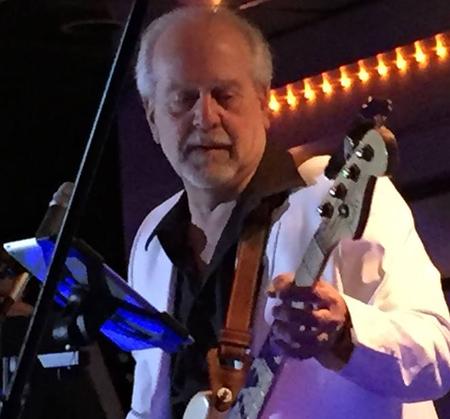 A New Hampshire native, Butch has been a driving force in several hot local bands throughout the years including: SHARP STICK, SPECIAL GUESTS,  and POP ROULETTE, and has provided a solid foudation for many local musicians including Mike Becker and the M&K (trio). He has recently joined in with Denis at his MADMAN recording studio to provide the drive for the Fallen Houses project. When the opportunity opened up to join BLACKLITE BAND Butch's solid playing and Rock driven "Groove" is a perfect fit and opens the way for a new direction of more modern Dance Oriented rock songs well suited for the many upcoming Club and  show events scheduled for 2017.